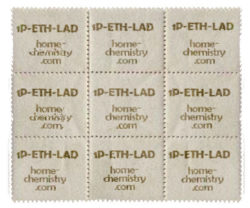 This compound likely acts as a 5-HT2A partial agonist. The psychedelic effects are believed to come from 1P-ETH-LAD’s efficacy at the 5-HT2A receptors. However, the role of these interactions and how they result in the psychedelic experience continues to remain elusive.

1P-ETH-LAD shares many common traits with its parent compound LSD; it appears to be roughly equal in potency as well as similar in mechanism although the progression and duration of effects are compressed (while remaining qualitatively less intense and more manageable) due to suspected differences in how it is metabolized. Research has shown formation of ETH-LAD from 1P-ETH-LAD incubated in human serum, suggesting that it functions as a pro-drug. 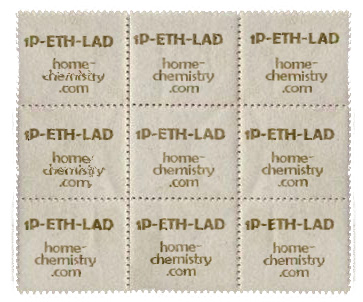 1-Propionyl-6-ethyl-6-nor-lysergic acid diethyamide (also known as 1P-ETH-LAD) is a semisynthetic psychedelic substance of the lysergamide chemical class. It is a designer drug analog and suspected prodrug to ETH-LAD, which shares a close structural relationship with LSD and 1P-LSD. Anecdotal reports suggest that this compound produces largely similar psychedelic effects comparable to ETH-LAD or AL-LAD.

Like its parent compound ETH-LAD, this compound has been reported to be moderately to significantly more potent than LSD itself. It has also been reported as being subtly different in effect to LSD and is often described as being more visual and synaesthetic, with a deeper, less emotionally-charged headspace analogous to that of psychedelics like 2C-E or DPT. It has also been reported to be more likely to induce undesirable effects like anxiety, thought loops in addition to pronounced nausea and other discomforting physical effects it displays relative to other lysergamides.

Very little data exists about the pharmacological properties, metabolism, and toxicity of 1P-ETH-LAD, and it has little history of human usage before January 2016. It has recently become commonly marketed alongside other designer psychedelics such as 1P-LSD and ETH-LAD as a legal alternative to LSD and is commercially distributed through online research chemical vendors.

1P-ETH-LAD, or 1-propionyl-6-ethyl-6-nor-lysergic acid diethylamide, is a semi-synthetic alkaloid of the lysergamide family. 1P-ETH-LAD is a structural analog of lysergic acid, with an N, N-diethylamide functional group bound to RN of the chemical structure. This core polycyclic structure is an ergoline derivative and has tryptamine and phenethylamine groups embedded within it.

1P-ETH-LAD’s structure contains a bicyclic hexahydro indole fused to a bicyclic quinoline group (nor-lysergic acid). 1P-ETH-LAD does not contain a methyl group substituted at R6 of its nor-lysergic acid skeleton; the nor- prefix represents this. Instead, 1P-ETH-LAD is substituted at R6 with an ethyl group and at R1 with a propionyl group. At carbon 8 of the quinoline, an N, N-diethyl carboxamide is bound.

1P-ETH-LAD is a chiral compound with two stereocenters at R5 and R8. 1P-ETH-LAD, also called (+)-D-1P-ETH-LAD, has an absolute configuration of (5R, 8R). The three other stereoisomers of 1P-ETH-LAD have not been shown to possess psychoactive properties.

The toxicity and long-term health effects of recreational 1P-ETH-LAD use do not seem to have been studied in any scientific context and the exact toxic dose is unknown. This is because 1P-ETH-LAD is a research chemical with very little history of human usage.

Anecdotal reports from those who have tried 1P-ETH-LAD suggests that there are no negative health effects attributed to simply trying the substance by itself at low to moderate doses and using it very sparingly (but nothing can be completely guaranteed).

Independent research should always be conducted to ensure that a combination of two or more substances is safe before consumption.

1P-ETH-LAD is not habit-forming and the desire to use it can actually decrease with use. Like with most psychedelics, it is thought to be most often self-regulating rather than self-reinforcing.

Tolerance to the effects of 1P-ETH-LAD are built almost immediately after ingestion. After that, it takes about 3 days for the tolerance to be reduced to half and 7 days to be back at baseline (in the absence of further consumption). It should be noted that this only applies to the physiological tolerance. Mental or psychological tolerance is thought by some to take two weeks or more for the full experience to re-manifest.

Due to its activity at the 5-HT2A receptor, 1P-ETH-LAD presents cross-tolerance with all psychedelics, meaning that after the consumption of 1P-ETH-LAD all psychedelics (particularly the tryptamines and other lysergamides) will display a reduced effect.

It is unclear in many countries whether this compound is legal or not and one should take precaution by assuming it is illegal to avoid legal issues. 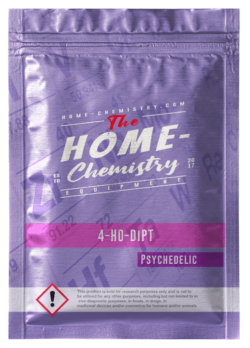