Although 2-FA has not been formally studied on the same level as traditional amphetamines, it is safe to assume that just like other substituted amphetamines with substitutions at similar positions (with the notable exception of 4-FA), it most likely acts primarily as both a dopamine and norepinephrine releasing agent. This means it effectively increases the levels of the norepinephrine and dopamine neurotransmitters in the brain by binding to and partially blocking the transporter proteins that normally clear those monoamines from the synaptic cleft. This allows dopamine and norepinephrine to accumulate within the brain to extra-endogenous levels, resulting in stimulating, motivating and euphoric effects.

2-Fluoroamphetamine (2-FA) is a synthetic ring-substituted fluorinated amphetamine compound that is commonly reported to be capable of producing classical stimulant effects that are often compared to those produced by dextroamphetamine in duration, potency and potential effectiveness as a study aid or productivity enhancer.

2-FA is one part of a series of modern designer fluorinated amphetamine analogs that includes synthetic compounds like 2-FMA, 3-FA, 3-FEA and 4-FA which are known for their range of stimulating and euphoric effects, many of which have been gaining popularity as research chemical substitutes for classical street stimulants. Of these, 2-FA is considered to be most amphetamine-like in its core properties and effects.

It is commonly taken orally in line with the prescribed usage instruction of stimulants used to treat ADHD. While capable of being taken via insufflation or vaporization, this has been reported to be highly unpleasant and toxic feeling compared to its parent compound. Despite its popularity as a research chemical study aid, little is known about the potential toxicological effects that accompany its long-term use as a substitute for prescribed stimulants.

2-FA is rarely found on the streets, but sometimes sold as a grey market research chemical through online vendors.

The toxicity and long-term health effects of recreational 2-FA use do not seem to have been studied in any scientific context and the exact toxic dosage is unknown. This is because 2-FA has very little history of human usage. Anecdotal evidence from people who have tried 2-FA within the community suggest that there do not seem to be any negative health effects attributed to simply trying this drug at low to moderate doses by itself and using it sparingly (but nothing can be completely guaranteed). Others have commented that its d-isomer form is virtually similar to the effects of d-amphetamine, and thus far little has been shown to give reason to suspect that its toxicity is radically different (though future evidence to the contrary may prove otherwise).

As with other stimulants, the chronic use of 2-FA can be considered moderately addictive with a high potential for abuse and is capable of causing psychological dependence among a certain population of users. When dependence or addiction has developed, cravings and withdrawal effects may occur if a person suddenly stops their usage.

Tolerance to many of the effects of 2-FA develops with prolonged and repeated use. This results in users having to administer increasingly large doses to achieve the same effects. After that, it takes about 3 – 7 days for the tolerance to be reduced to half and 1 – 10 days to be back at baseline (in the absence of further consumption). 2-FA presents cross-tolerance with all dopaminergic stimulants, meaning that after the consumption of 2-FA all stimulants will have a reduced effect (especially including atypical stimulants one might not expect, like MDMA due to its reliance on dopamine and norepinephrine to exert its full euphoric effect).

In a analogous way tolerance to amphetamine relates to tolerance on methamphetamine, 2-FA has been observed to have a similar relationship to its more popular relative, 2-FMA.

2-FA is currently a grey area compound within all parts of the world, meaning its regulation lies in a legal grey area and that it is not known to be specifically illegal (“scheduled”) within any country. However, people may still be charged for its possession under certain circumstances such as under analogue laws and with intent to sell or consume. 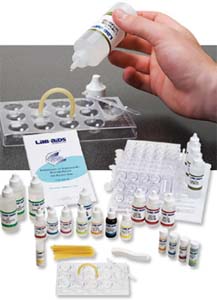 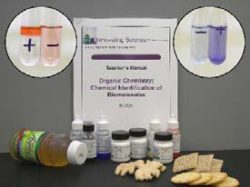