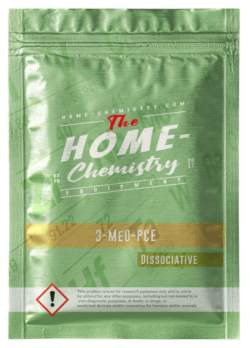 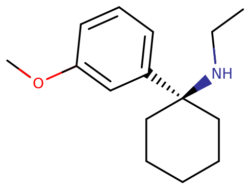 3-MeO-PCE acts principally as an NMDA receptor antagonist. NMDA receptors allow for electrical signals to pass between neurons in the brain and spinal column; for the signals to pass, the receptor must be open. Dissociatives close the NMDA receptors by blocking them. This disconnection of neurons leads to loss of feeling, difficulty moving, and eventually an almost identical equivalent of the famous “k-hole.”

3-Methoxyeticyclidine (also known as Methoxieticyclidine and 3-MeO-PCE) is a novel dissociative substance of the arylcyclohexylamine class that produces dissociative and hallucinogenic effects when administered. It is a structural analog of PCE.

3-MeO-PCE began to gain popularity in 2010 and is sold on the online grey area research chemical market as a legal alternative to PCP or ketamine.

Very little data exists about the pharmacological properties, metabolism, and toxicity of 3-MeO-PCE, and it has a very brief history of human usage. It is strongly recommended that one use harm reduction practices if using this substance.

3-MeO-PCE, or N-Ethyl-1-(3-methoxyphenyl)cyclohexan-1-amine, is classed as an arylcyclohexylamine drug. Ayrlcyclohexylamine drugs are named for their structures which include a cyclohexane ring bound to an aromatic ring along with an amine group. 3-MeO-PCE contains a phenyl ring with a methoxy (CH3-O-) substituent at R3 bonded to a cyclohexane ring. Bound to the same carbon (R1) of the cyclohexanone ring is an amino ethyl chain -NCH2CH3. 3-MeO-PCE, like MXE, contains an amino ethyl chain rather than the amino methyl chain found in DCK and ketamine. 3-MeO-PCE is analogous to MXE, but lacks an R2 substituted ketone. It is also homologous to 3-MeO-PCP but lacks the additional carbons to complete a piperidine ring.

The toxicity and long-term health effects of recreational 3-MeO-PCE use do not seem to have been studied in any scientific context and the exact toxic dosage is unknown. This is because 3-MeO-PCE has very little history of human usage.

3-MeO-PCE has been reported to cause psychosis, delusions, and mania at a significantly higher rate than other dissociatives such as ketamine, diphenidine, or MXE. There are a large number of experience reports online which describe states of “psychotic delirium, amnesia, mania, and other serious consequences” after abusing the substance.

It is strongly recommended that one use extreme caution and harm reduction practices when using this substance.

Due to the risk of psychosis, it is not recommended to combine this drug with other substances, especially stimulants, psychedelics, or other dissociatives like MXE. Independent research should always be done to ensure that a combination of two or more substances is safe before consumption.

The chronic use of 3-MeO-PCE can be considered highly addictive with a high potential for adverse side effects such as psychosis. In comparison to other dissociatives, 3-MeO-PCE has been reported to be more habit-forming than MXE, diphenidine, ephenidine, and ketamine. When addiction has developed, cravings and withdrawal effects may occur if a person suddenly stops their usage. There have been multiple reports across the internet of people becoming seriously addicted daily users of this substance so serious precautions and considerations should be taken before trying this substance.

Tolerance to many of the effects of 3-MeO-PCE develops with prolonged and repeated use. This results in users having to administer increasingly large doses to achieve the same effects. After that, it takes about 3 – 7 days for the tolerance to be reduced to half and 1 – 2 weeks to be back at baseline (in the absence of further consumption). 3-MeO-PCE presents cross-tolerance with all dissociatives, meaning that after the use of 3-MeO-PCE, all dissociatives will have a reduced effect.

Regarding its long-term health effects when used repeatedly and over excessive periods, 3-MeO-PCE seems to exhibit almost identical bladder and urinary tract problems to those found within ketamine, but to a lesser extent. This is because 3-MeO-PCE is far more potent than ketamine, so significantly less of drug needs to be consumed. Symptoms of ketamine-induced cystitis can become severe and can be described as:

All of these, however, can easily be avoided by simply not using 3-MeO-PCE on a daily or even weekly basis and consciously limiting one’s usage of the substance. 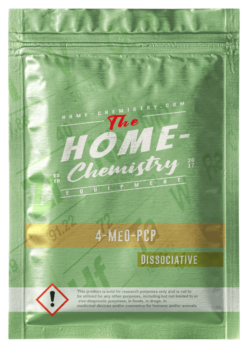 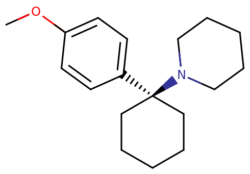 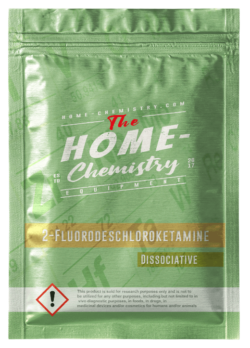 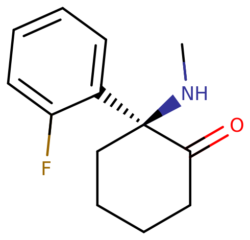