4F-MPH is thought to act primarily as a dopamine reuptake inhibitor, meaning it effectively boosts the levels of dopamine neurotransmitters in the brain by binding to and partially blocking the transporter proteins that normally clear these monoamines from the synaptic cleft. This allows dopamine to accumulate within the reward pathways in the brain, resulting in stimulating and euphoric effects.

4-Fluoromethylphenidate (commonly known as 4F-MPH) is a novel synthetic stimulant of the substituted phenethylamine and piperidine classes that produces long-lasting euphoriant, and stimulating effects when administered. It is a closely related structural analog of the commonly prescribed ADHD drug methylphenidate (known by the brand-names Ritalin and Concerta).

The two substances are believed to have very similar pharmacological mechanisms as monoamine reuptake inhibitors but have been reported to display distinctive subjective effects, with 4F-MPH being considered significantly more euphoric and recreational. Anecdotal reports suggest that it is considerably more potent with fewer uncomfortable side effects such as anxiety, muscle spasms and compulsive redosing. This perhaps owes to the fact that it has been shown to act as a higher efficiency dopamine reuptake inhibitor than the parent compound methylphenidate.

4F-MPH has an extremely short history of recreational use and has yet to be documented being sold on the streets. It was initially developed as a replacement for ethylphenidate which became illegal in the United Kingdom on April 2015 following a temporary blanket ban. Shortly after, it recently became made available for sale on the online gray market as a research chemical for global distribution.

Due to its potent, long-lasting stimulant effect, likely habit-forming properties as well as unknown toxicity profile, it is strongly recommended that one use proper harm reduction practices if choosing to use this substance.

With respect to nomenclature, the methyl- in methylphenidate regards the side chain of one carbon atom, while phen- indicates the phenyl ring. Id- is contracted from a piperidine ring, and -ate indicates the acetate group containing the oxygen atoms. Like its parent molecule, 4F-MPH is a chiral compound, presumably produced as a racemic mixture.

Of note is the scientific finding that amphetamine analogs containing fluorine, chlorine, bromine and methyl groups are typically stronger than those without.

The toxicity and long-term health effects of recreational 4F-MPH use do not seem to have been studied in any scientific context and the exact toxic dosage is unknown. This is because 4F-MPH is a research chemical with very little history of human usage. Anecdotal evidence from people who have tried 4F-MPH suggests that there are no negative health effects attributed to simply trying the drug by itself at low to moderate doses and using it very sparingly (but nothing can be completely guaranteed). Independent researchshould always be done to ensure that a combination of two or more substances is safe before consumption.

In terms of its tolerance, 4F-MPH can be used multiple days in a row for extended periods of time, but acute tolerance does exist and builds up gradually over repeated extended use. This results in the user requiring an increase in dosage to achieve the same effects.

4F-MPH has potential for abuse on par with that of amphetamine or MDMA due to its lack of significant tolerance, euphoric effects and action upon dopamine transporters. 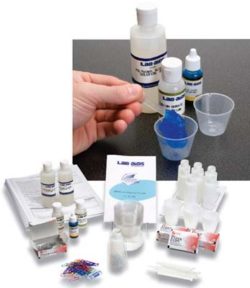